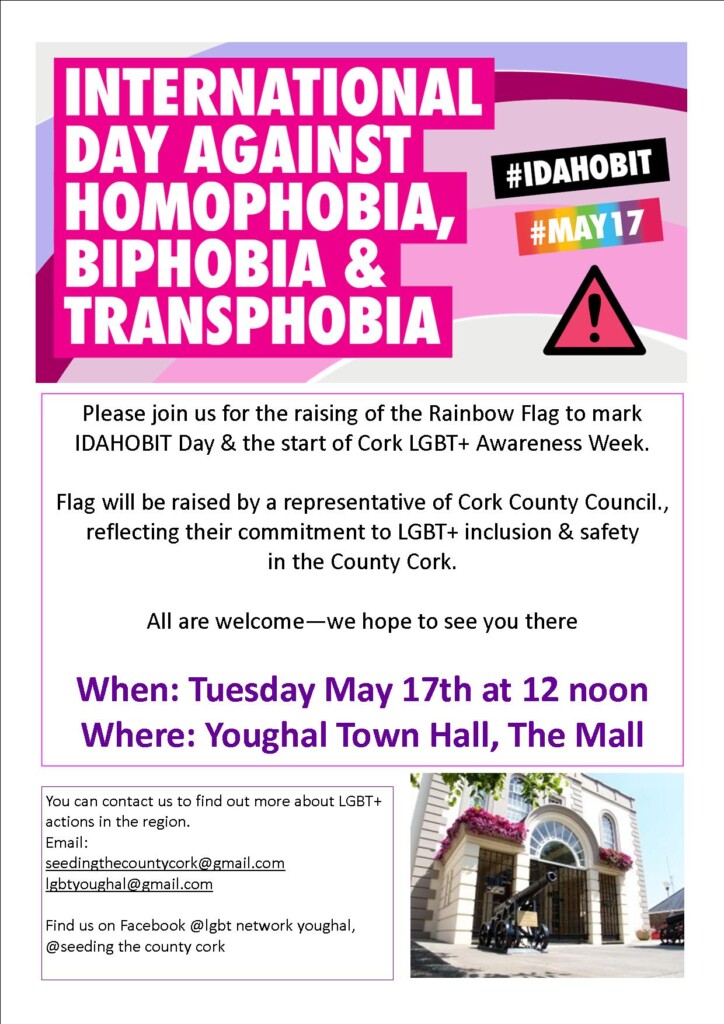 The International Day Against Homophobia, Transphobia and Biphobia – IDAHOBIT Day – was created in 2004 to draw the attention to the violence and discrimination experienced by lesbian, gay, bisexual, transgender, intersex people and all other people with diverse sexual orientations, gender identities or expressions, and sex characteristics. This Day is being marked by members of the County Cork Interagency LGBT+ Network across the county.

The date of May 17th was specifically chosen to commemorate the World Health Organisation’s decision in 1990 to declassify homosexuality as a mental disorder.
The Day represents a major global annual landmark to draw the attention of decision makers, the media, the public, corporations, opinion leaders, local authorities, etc. to the alarming situation faced by people with diverse sexual orientations, gender identities or expressions, and sex characteristics.

May 17 is now celebrated in more than 130 countries, including 37 where same-sex acts are illegal. Thousands of initiatives, big and small, are reported throughout the planet.

The International Day against Homophobia, Transphobia and Biphobia has received official recognition from several States, international institutions such as the European Parliament, and by countless local authorities. Most United Nations agencies also mark the Day with specific events.

Even if every year a “global focus issue” is promoted, the International Day Against Homophobia, Transphobia and Biphobia is not one centralised campaign; rather it is a movement that everyone can take advantage of to take action, on whatever issue and in whatever format that they wish.

Initially managed by the IDAHO Committee, the initiative is now collectively managed in collaboration between regional and thematic networks working to advance the rights of people with diverse sexual orientations, gender identities or expressions, and sex characteristics. This collaboration brings together organizations and initiatives at global, regional, national and local levels.

Cumann na Daoine and the East Cork LGBT+ Network will be marking the day, supported by Cork County Council, with the Progress Rainbow Flag being raised at the Town Hall, Youghal, at noon on May 17th, followed by a meet+greet event at CnD Community Cafe, where you’re invited to come down, make new friends and find any information you need about LGBT+ supports and actions in the area.

You can contact the LGBT+ Network at lgbtyoughal@gmail.com and the wider LGBT+ development project at seedingthecounty@gmail.com 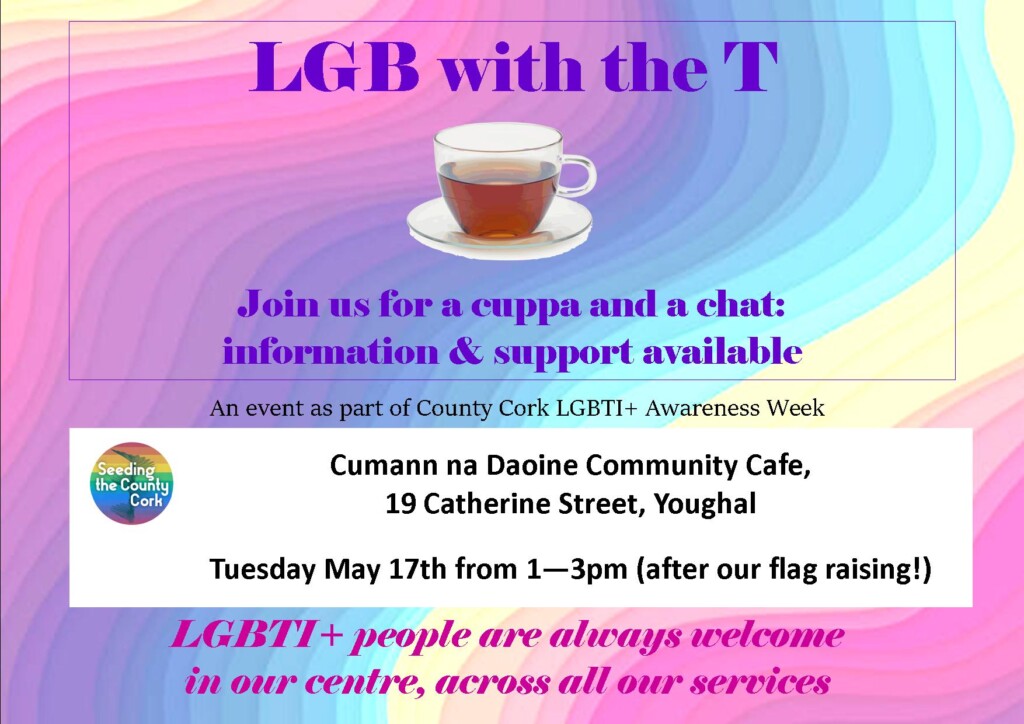