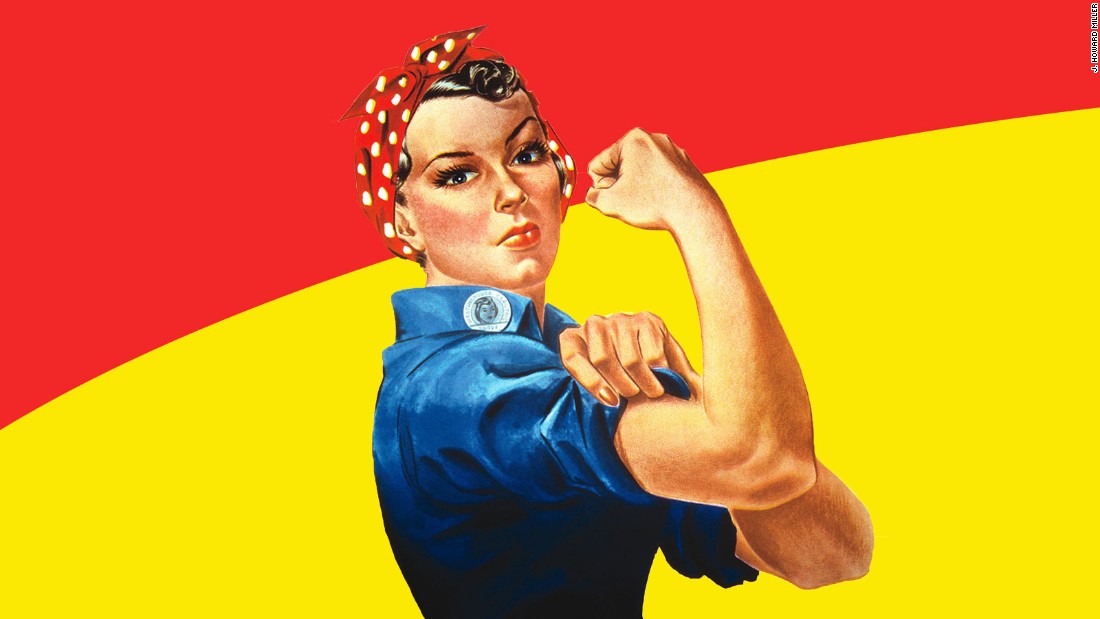 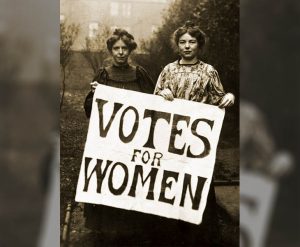 You are invited you to be part of something special for International Women’s Day 2021.

Their programme of events is as follows;

Support and empower the service users of the 6 domestic violence services in Cork by donating critical physical items. For more information on how to get involved: http://www.volunteercork.ie/criticall/

How to spot the signs and where to make appropriate referrals – https://www.eventbrite.ie/e/domestic-abuse-awareness-training-tickets-142247051761

Something a little lighter. A way to test your knowledge of great Irish women both past and present –  https://www.eventbrite.ie/e/international-womens-day-great-irish-women-quiz-tickets-142482389663

Covid-19 hasn’t slowed down The Shona Project. They have dreamed bigger than ever and are bringing possibly the biggest virtual gathering of inspirational Irish women ever to the girls and women of Ireland. Running from March 8th to 1…

IWD: The Importance of Women in Leadership, Activism & Her Mental Health Journey

#FutureisFeminist: Celebrating Women in the Arts

Join us as we celebrate Women in the Arts! As part of the National Women`s Council’s ‘Celebrate the Changemakers: The Future is Feminist’ event series to mark International Women`s Week 2021 we are hosting six very special guests. 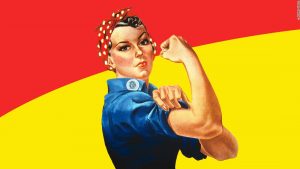 International Women’s Day (IWD) has been observed since the early 1900’s – a time of great expansion and turbulence in the industrialised world that saw booming population growth and the rise of radical ideologies.

1908
Great unrest and critical debate was occurring amongst women. Women’s oppression and inequality was spurring women to become more vocal and active in campaigning for change. Then in 1908, 15,000 women marched through New York City demanding shorter hours, better pay and voting rights.

1909
In accordance with a declaration by the Socialist Party of America, the first National Woman’s Day (NWD) was observed across the United States on February 28. Women continued to celebrate NWD on the last Sunday of February until 1913.

1910
In 1910 a second International Conference of Working Women was held in Copenhagen. A woman named Clara Zetkin (Leader of the ‘Women’s Office’ for the Social Democratic Party in Germany) tabled the idea of an International Women’s Day. She proposed that every year in every country there should be a celebration on the same day – a Women’s Day – to press for their demands. The conference of over 100 women from 17 countries, representing unions, socialist parties, working women’s clubs – and including the first three women elected to the Finnish parliament – greeted Zetkin’s suggestion with unanimous approval and thus International Women’s Day was the result.

1911
Following the decision agreed at Copenhagen in Denmark in 1911, International Women’s Day was honoured the first time in Austria, Denmark, Germany and Switzerland on 19 March. More than one million women and men attended IWD rallies campaigning for women’s rights to work, vote, be trained, to hold public office and end discrimination. However less than a week later on March 25, the tragic ‘Triangle Fire’ in New York City took the lives of more than 140 working women, most of them Italian and Jewish immigrants. This disastrous event drew significant attention to working conditions and labour legislation in the United States that became a focus of subsequent International Women’s Day events. 1911 also saw women’s Bread and Roses campaign.

1913-1914
On the eve of World War I campaigning for peace, Russian women observed their first International Women’s Day on February 23, the last Sunday in February. Following discussions, International Women’s Day was agreed to be marked annually on March 8 that translated in the widely adopted Gregorian calendar from February 23 – and this day has remained the global date for International Women’s Day ever since. In 1914, further women across Europe held rallies to campaign against the war and to express women’s solidarity. For example, in London in the United Kingdom there was a march from Bow to Trafalgar Square in support of women’s suffrage on March 8, 1914. Sylvia Pankhurst was arrested in front of Charing Cross station on her way to speak in Trafalgar Square.

1917
On the last Sunday of February, Russian women began a strike for “bread and peace” in response to the death of over 2 million Russian soldiers in World War 1. Opposed by political leaders, the women continued to strike until four days later the Czar was forced to abdicate and the provisional Government granted women the right to vote. The date the women’s strike commenced was Sunday February 23 on the Julian calendar then in use in Russia. This day on the Gregorian calendar in use elsewhere was March 8.

1975
International Women’s Day was celebrated for the first time by the United Nations in 1975. Then in December 1977, the General Assembly adopted a resolution proclaiming a United Nations Day for Women’s Rights and International Peace to be observed on any day of the year by Member States, in accordance with their historical and national traditions.

1996
The UN announced their first annual theme “Celebrating the past, Planning for the Future” which was followed in 1997 with “Women at the Peace table”, in 1998 with “Women and Human Rights”, in 1999 with “World Free of Violence Against Women”, and so on each year until the current.

2000
By the new millennium, there was little activity occurring for International Women’s Day in most countries. The world had moved on and, in many spheres, feminism wasn’t a popular topic. Something was needed to re-ignite International Women’s Day giving it the respect it deserves and to raise awareness amongst the masses. There was urgent work to do – battles had not been won and gender parity still had not been achieved.

2001
The internationalwomensday.com platform was launched with the specific purpose of re-energizing the day – a focus which continues to this day – celebrating and making visible the achievements of women while continuing the call for accelerating gender parity. The website, which provides useful guidance and resources, adopts an annual campaign theme that is globally relevant for groups and organizations. The campaign theme, one of many around the world, provides a framework and direction for annual IWD activity and takes into account the wider agenda of both celebration as well as the call to action for gender parity. Campaign themes over the years have included: #ChooseToChallenge, #EachforEqual, #BalanceforBetter, #PressforProgress, #BeBoldforChange, #PledgeforParity, #MakeItHappen, #TheGenderAgenda and more. Campaign themes for the global IWD website are collaboratively developed each year with a range of stakeholders and widely adopted worldwide. The IWD website also serves as a significant vehicle for charities and in 2020 a hefty six figure sum was fundraised with 100% of donations going to charity. The IWD website’s Charities of Choice are the World Association of Girl Guides and Girl Scouts (WAGGGS) since 2007, and Catalyst Inc., the global working women’s organization, since 2017. 2021 sees IWD’s charitable fundraising opened up more widely to further registered charities around the world.

2011
2011 saw the 100 year centenary of International Women’s Day – with the first IWD event held exactly 100 years ago in 1911 in Austria, Denmark, Germany and Switzerland. In the United States, President Barack Obama proclaimed March 2011 to be “Women’s History Month”, calling Americans to mark IWD by reflecting on “the extraordinary accomplishments of women” in shaping the country’s history. The then Secretary of State Hillary Clinton launched the “100 Women Initiative: Empowering Women and Girls through International Exchanges”. In the United Kingdom, celebrity activist Annie Lennox lead a march across one of London’s iconic bridges raising awareness in support for global charity Women for Women International. Further charities such as Oxfam have run extensive IWD activity. Many celebrities and business leaders actively support the day.

2021 and beyond
The world has witnessed a significant change and attitudinal shift in both women’s and society’s thoughts about women’s equality and emancipation. Many from a younger generation may feel that ‘all the battles have been won for women’ while many feminists from the 1970’s know only too well the longevity and ingrained complexity of patriarchy. With more women in the boardroom, greater equality in legislative rights, and an increased critical mass of women’s visibility as impressive role models in every aspect of life, one could think that women have gained true equality. The unfortunate fact is that women are still not paid equally to that of their male counterparts, women still are not present in equal numbers in business or politics, and globally women’s education, health and the violence against them is worse than that of men. However, great improvements have been made. We do have female astronauts and prime ministers, school girls are welcomed into university, women can work and have a family, women have real choices. And so each year the world inspires women and celebrates their achievements. IWD is an official holiday in many countries including Afghanistan, Armenia, Azerbaijan, Belarus, Burkina Faso, Cambodia, China (for women only), Cuba, Georgia, Guinea-Bissau, Eritrea, Kazakhstan, Kyrgyzstan, Laos, Madagascar (for women only), Moldova, Mongolia, Montenegro, Nepal (for women only), Russia, Tajikistan, Turkmenistan, Uganda, Ukraine, Uzbekistan, Vietnam and Zambia. The tradition sees men honouring their mothers, wives, girlfriends, colleagues, etc with flowers and small gifts. In some countries IWD has the equivalent status of Mother’s Day where children give small presents to their mothers and grandmothers.

A global web of rich and diverse local activity connects women from all around the world ranging from political rallies, business conferences, government activities and networking events through to local women’s craft markets, theatrical performances, fashion parades and more. Year on year IWD is certainly a powerful moment increasing in status.

So make a difference, think globally and act locally!
Do your bit to ensure that the future for girls and women is bright, equal, safe and rewarding.